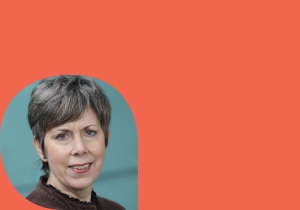 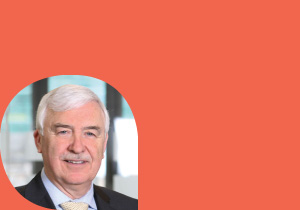 2020 saw the creation of a new, dedicated Department of Further and Higher Education, Research, Innovation, and Science. We report and reflect on the department’s inception, focus, initial steps, and future promise.

Background to forming the new department

It is a point often made that we, as a people, attach particular value to education. That estimation is founded in the role of education in individual development and as a passport to advancement, both personal and professional. Given the ceiling of fifteen members placed on government under Article 28 of the Constitution, education had until 2020 been overseen by a unitary department. The distinctive role and growth of higher education had been recognised in 2017 through the appointment of Mary Mitchell O’Connor TD as Minister of State with responsibility for the sector.

In July 2019, Mícheál Martin TD, then leader of the opposition, outlined his vision for how universities and other third-level institutions will play a pivotal role in the knowledge economy of the future:

I believe the time has come to consider separating higher education from the Department of Education. Our first- and second-level systems face rising demands to address vital issues such as diversity and inclusion. Areas like special needs education in mainstream settings barely existed twenty years ago and today involve tens of thousands of people. Similarly, the demand to modernise curricula, provide new places, and tackle exclusion mean that there is packed education agenda before you can even consider higher education and research. The creation of a separate Department of Higher Education and Research might be the only way to guarantee both a real priority for this area and to provide strategic leadership. (Martin, 2019)

The timing ensured that this was a theme in the general election of February 2020, and when a coalition government was finally formed in late June 2020, a dedicated department for post-secondary education was agreed upon. It is telling that it took additional time to clarify the title and scope of the new entity; considerations of scale and coherence resulted in both further education and much of the State’s research and innovation activity coming under the aegis of what was to become the Department of Further and Higher Education, Research, Innovation, and Science (D/FHERIS) as approved by the cabinet on 13 July 2020.

Focus and potential impact of the new department

Launching a brand-new department with small scale, big spend, and huge ambition was the task facing the inaugural minister, Simon Harris TD, and his secretary general, Jim Breslin. The initial weeks were focused on Covid-19 responses, ensuring liquidity into the system and helping institutions prepare to reopen campuses.

Ensuring the safety of learning communities in a global pandemic could not be the sole focus of the system, even at a time when the early-summer promise over the course of the virus was starting to dissipate with increasing prevalence as society and the economy reopened. Constructive work on equality, diversity, and inclusion along with advancement of the consent agenda were also foregrounded.

The pace of activity was a characteristic of the new regime – as was the central focus on student welfare, consistent with a priority identified by the previous government, a good example being the doubling of the student assistance fund in July 2020.

A new department has but a short time to prove the concept. The facility to focus exclusively on post-secondary education was warmly welcomed by the sector, as was the inclusive and open approach adopted by the new ministry. But the test will come in making the case to the wider public and in winning Cabinet support for the scale of investment that is required to deliver on the potential of advanced education to be the type of economic driver that is set out for it in the national policy framework.

At the time of writing, the estimates preparation is under way for what will be the critical October Recovery Plan as outlined in the programme for government. With the recommendations from the Cassells Report (Cassells, 2016) still under consideration in Europe, the coming budget takes on even more relevance as a signifier of the importance of the new department and the sector. As Mícheál Martin, now Taoiseach, recalled, citing a former minister for education, Patrick Hillery, ‘Ireland should invest in expanding and renewing higher education “if we believe that the country has a future”’ (Martin, 2019).

The separation from second level also heralds an opportunity to re-envisage the structure of at least some of our provision and to consider a renewed employment contract that better supports academics to make a contribution commensurate with their individual strengths and talents. This will need to be an inclusive conversation, but the outcome could be liberating for the system, not least for learners.

Clearly the establishment of the separate new D/FHERIS will also have an impact on the key stakeholders across all of these areas. For some this will mean having a much brighter light shining on their endeavours. Included initially will be the usual suspects: the Higher Education Authority (HEA), Irish Universities Association (IUA), Technological Higher Education Association (THEA), Quality and Qualifications Ireland (QQI), SOLAS, Higher Education Colleges Association (HECA), Union of Students in Ireland (USI), and centrally the social partners represented by the higher education unions, but also including the many external groupings that are so essential to the regional connectedness of our institutions.

Having all the key players under a tight umbrella could allow for collaborative navigation through potentially stormy waters. The signals are that the new ministry is determined to tackle the investment challenge identified in the Cassells Report with a view to putting in place a sustainable funding system that will enable a range of deliverables for higher and further education.

While the Action Plan for Education 2019 (D/FHERIS, 2020) includes relevant goals for further and higher education which will form part of the plans for the new department, other new initiatives are also being launched: plans to develop a ten-year strategy for adult literacy, numeracy, and digital literacy were recently announced. The pandemic has also focused attention on vulnerable students and mental health, and these are predicted to command particular focus in the coming period.

“The facility to focus exclusively on post-secondary education was warmly welcomed by the sector, as was the inclusive and open approach adopted by the new ministry.

Together, the further and higher education sectors provide the vast majority of graduates who will be employed across public, private, and not-for-profit organisations, from multinational companies to SMEs of all sizes and in all sectors, down to micro-enterprises and start-ups. They make a major contribution to overall economic growth, and thus, more importantly, provide a societal resilience that can help protect our small island and its communities from the buffeting winds of globalisation and populism.

Linkages and pathways across traditional boundaries

The development of a coherent post-second-level system with genuine linkages and pathways across and between traditional boundaries may seem aspirational, but the new department can deliver clear systemic supports to nurture this. Rethinking received wisdom on educational hierarchies is better facilitated through a department that sponsors all elements of the third-level landscape. Building on work already under way through the Regional Skills Fora, and on the many good progression practices evident around the country, collaborative and connected modes of working together can be recognised and rewarded, including through joint degrees, shared modules, formal linkage schemes, and incentivised collaboration. Assiduously managing such a construct – including, where necessary, revised governance – the new department can better support lifelong learning and realise the ambitions that attach to advancing apprenticeship.

The foregrounding of new and existing models of apprenticeship does indeed provide a welcome new string to the bow of this department; it will be well placed to support and promote a modern perspective of apprenticeship as something complementary to and aligned with existing further and higher education provision, with opportunities across a range of disciplines and trades.

Better alignment of research activity was a consideration in the construction of the new department, and it offers considerable potential. Some of this promise will be realised through the new Technological Universities, which, to grow their own research capacity, can capitalise on the years of relationship-building with the industries, businesses, and communities around them. Key to success here will be collaboration between existing strong university research clusters, the established Science Foundation Ireland Centres, and the emerging Technological Universities whose strengths are complementary.

So far, a mere six months in, the signs are encouraging. The new minister, Simon Harris, has been energetic, meeting a wide range of stakeholders and tackling a multitude of challenges in his brief tenure to date. He is a strong communicator, regularly using social media to advocate for the value of higher and further education.

The pandemic has also enabled him and his departmental colleagues to meet all the relevant stakeholders at a speed that might not have been possible previously. The pace of activity has been all the more impressive given the pandemic’s impact on the higher and further education sectors. At national level there has been a collective coherence in the approach to Covid-19, with a united approach to, inter alia, emergency remote teaching, industrial relations, and safe return-to-campus procedures.

“This new department can make a spectacular impact on the futures of our young people, our unemployed people, and even our existing industries.

Since the department was established, we have seen Covid-related initiatives announced – and funded – relating to mental health, and a student laptop loan scheme with additional capacity to support connectivity, all through a welcome education focus in the July Stimulus.

There were also many ‘business as usual’ announcements relating to Springboard, the various pillars of the Human Capital Initiative, the active consent framework, the launch of consultation for the development of a new action plan for apprenticeship, and the launch of a further education strategy for the next five years. One particularly welcome announcement was the change to the Student Support Scheme for people living in Direct Provision, which is a strong indication of the ongoing commitment to support access to what is an increasingly inclusive system of education.

There is no doubt that the new department is welcome, especially among those in the trenches who have been pointing to the enormous significance in Ireland of our higher and further education sector and to our failure to adequately fund it over the last decade. The energy and enthusiasm evident from the structural change is palpable. This new department can make a spectacular impact on the futures of our young people, our unemployed people, and even our existing industries. Our human capital represents our country’s principal asset, and from the outset Minister Harris identified an economic focus for the new department which would, in his words, ‘drive investment into our country’ (Harris, 2020).

To realise this will require courage, as well as the conviction that higher and further education belong at the heart of economic, social, and cultural development in all regions of Ireland. Beir bua!

Martin, M. (2019) ‘The role of education and research in the knowledge economy’. Speech at the Irish Universities Association ‘Future of Ireland’ series, 17 July 2020.