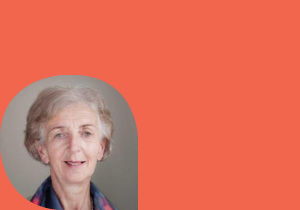 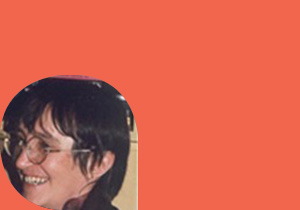 Travellers’ growing educational ambition has emerged despite multigenerational discrimination and disadvantage. Covid-19-related strategies have exposed the fragility of this progress and threaten to reverse it, creating a lost education generation. Higher education institutions must engage with Traveller communities and support current and potential Traveller students. The power of community engagement has been shown in recent events, where Traveller students and organisations voiced their concerns and called for change to rights-based policies and practice.

Traveller educational ambition is visible and growing, as ably demonstrated by the recent PhDs and ongoing scholarship of Rosaleen McDonagh, Sindy Joyce, and Hannah McGinley, as well as contributions by others, including Travellers who since 1985, have successfully completed professional degree and postgraduate programmes in Maynooth University. This ambition has emerged despite well-documented multigenerational Traveller educational disadvantage and discrimination (see, e.g., Kenny, 1987; Oireachtas, 2020).

The current pandemic is widening educational disadvantage for marginalised and minority groups, as noted by the ad hoc Mitigating Educational Disadvantage Group on associated issues for learners in further and higher education. The exacerbation of Travellers’ educational disadvantage by Covid-19 has engendered new marginalising forces and laid bare longstanding fractures in relations between Travellers and the education system, and threatens to create a lost education generation. The very modest progress towards reversing the consequences of the 2008 Traveller education cuts is in danger of obliteration.

Below we provide a brief background on Traveller education overall, and explore issues for Travellers’ higher education access, participation, and outcomes as articulated by Travellers and Traveller organisations during the pandemic.

Travellers and Roma in education

In the 2016 Census, 0.7% of the population (31,000 people) registered as Travellers, a figure widely understood to represent an undercount of around 25%. Almost 60% were aged under twenty-four years (CSO, 2017). Historically, Travellers were commercial nomads, supplying goods and services to the settled population. Their services were needed, but they themselves were not wanted: history and folklore testify to hostile settled–Traveller relations, underpinned by centuries of racist exclusion from life chances that were the norm for the settled population.

Recognition of Traveller ethnicity in 2017 was a significant marker in their journey towards rights and equality. It also warrants a right-based approach to education institutions’ engagement with Traveller communities and students. This rights-based approach requires that two key themes inform all aspects of the system, for all:

The recent report by the EU Agency for Fundamental Rights (FRA), Roma and Travellers in Six Countries (September 2020), highlights the urgency of Travellers’ situation in Ireland. Irish Traveller children’s enrolment rates are reasonable: 75% of those eligible are enrolled in early childhood education, and 96% are in formal education up to age sixteen.

“Recognition of Traveller ethnicity in 2017 was a significant marker in their journey towards rights and equality.

While this indicates increased educational ambition, enrolment is not the same as attendance; engagement and outcomes remain deeply inadequate. Even before Covid-19, Traveller engagement with education remained threatened by societal resistance blocking their access to the world of work.

Foundations for success in higher education

For any students, especially marginalised students such as Travellers, access to and progress in higher education demand successful completion of preschool, primary, and post-primary stages, in high-quality provision which engages with learners’ communities. It also requires system engagement with adult Traveller learners, many with negative previous experiences of education.

Pavee Point and other Traveller organisations maintain strong focus on education as key to securing Travellers’ full economic, social, and cultural rights and participation in and contribution to society. The organisations called for a National Traveller Education Strategy, now a belated but welcome inclusion in the 2020 Programme for Government, and requiring immediate action.

Education actions in The National Traveller Roma Inclusion Strategy 2017/2021 (NTRIS) include bullying research, four pilot education initiatives, and inclusion of Traveller history and culture in curricula. However, progress to implement NTRIS remains slow overall, and the longstanding mainstreaming approach of the Department of Education and Skills (DES) can result in practices which inhibit the special measures essential for Travellers’ educational equality and recommended by Ireland’s international human rights commitments reviews (e.g., CERD, 2020).

This need for special measures is recognised in the DES/Higher Education Authority (HEA) 2018 Progress Review of the National Access Plan and Priorities to 2021 (NAP), which names Travellers as a priority group and sets a target of eighty full-time students. Though easily criticised as low, this target-setting focused providers on their responses, which were further engaged by the DES’s 2019 Action Plan for Increasing Traveller Participation in Higher Education 2019–2021 (TAP).

The Implications of COVID-19 for Traveller and Roma Transfer to and Progression within Higher Education (2020) report, on the National Forum organised by Pavee Point and the National Traveller Women’s Forum (NTWF), and the ensuing national roundtable with access officers, reinforced many of the current key issues.

Forum participants included Traveller students – current, prospective, and graduates – and members of Traveller organisations nationwide. They stressed that transfer to higher education cannot be disaggregated from transfer to and progression within other education levels; and that diversity within the Traveller student population (e.g., women, mature, and part-time students) needs to be understood and nurtured.

They outlined the additional Covid-19-prompted alienation and racism, loss of confidence, and concerns about returning to campus for Traveller students. They stressed issues such as the need for immediate direct support for transferring and progressing students, additional financial support, IT equipment and WIFI access, and safe study spaces.

Immediate action with appropriate additional resources is required from both education departments if Covid-19’s impact is not to reverse the modest gains of recent years, obliterate the aspirations set in the DES/HEA 2018 NAP and DES 2019 TAP, and lose an education generation.

The Forum was followed by a roundtable discussion with higher education institution (HEI) access officers nationwide, to consider and respond to its report. Closely reflecting themes identified in the Forum, speakers called for action on key areas requiring change, including:

The difficult but clear message from the Forum is that all, including committed HEI staffs, need to recognise and continuously address power, privilege, and cultural gaps embedded in their positions, and to develop equal partnerships with Traveller community organisations. All need to understand, reinforce, articulate, and highlight the urgency of the situation and the benefits of Travellers’ successful engagement in higher education for society. The roundtable endorsed the need for partnerships between HEIs and Traveller organisations, in order to develop effective Traveller inclusion strategies by each HEI.

This two-part initiative underlined that, foundational to the issues raised above, transition to a rights-based approach is essential in Traveller education, including in higher education.

Covid-19 has exacerbated Travellers’ marginalisation in higher education, reinforcing the immediate need for more and stronger mitigating measures. Recent times have also shown the parallels between Travellers’ experiences of racism – institutional and individual, conscious and unconscious – and those articulated so clearly by Black Lives Matter participants.

Traveller organisations and other concerned stakeholders highlight key challenges for maintaining enhanced Traveller education access, participation, and outcomes. Partnership requires a rights-based approach to higher education which seeks collective progress as well as individual outcomes, and engages partner Traveller organisations – with parity of esteem – in the design and delivery of institution-wide initiatives towards this end, undertaking the anti-racism education essential to its realisation.

Maynooth University initiatives from 1985 (mentioned above) which proactively support Traveller inclusion and right to education, and recognise their discrimination: these are among the possibilities that can be built on.

Committee on the Elimination of Racial Discrimination (CERD) (2020) Concluding observations on the combined fifth to ninth reports of Ireland. UN Office of the High Commissioner for Human Rights. https://tbinternet.ohchr.org/Treaties/CERD/Shared%20Documents/IRL/INT_CERD_COC_IRL_40806_E.pdf.

Department of Education and Skills (DES) and Higher Education Authority (HEA) (2018) Progress Review of the National Access Plan and Priorities to 2021. https://hea.ie/policy/access-policy/progress-review-of-the-national-access-plan-and-priorities-to-2021/.

Government of Ireland (2020) Programme for Government – Our Shared Future. https://static.rasset.ie/documents/news/2020/06/draft-programme-for-govt.pdf.

Maynooth University Access Programme and IT Tralee (2020) Report on Access Officers’ Round Table Discussion on Implications of Covid-19 for Traveller Transfer to and Progression within Higher Education. 29 June 2020. Publication pending.

Pavee Point Traveller and Roma Centre and National Traveller Women’s Forum (NTWF) (2020) The Implications of COVID-19 for Traveller Transfer to and Progression within Higher Education. https://mcusercontent.com/ec6adb4654614b5b60b768f5c/files/4ec9e9bd-8128-4cdb-a65a-165840b3bf6a/Covid_Traveller_Higher_Education_v2_RESIZE.pdf. 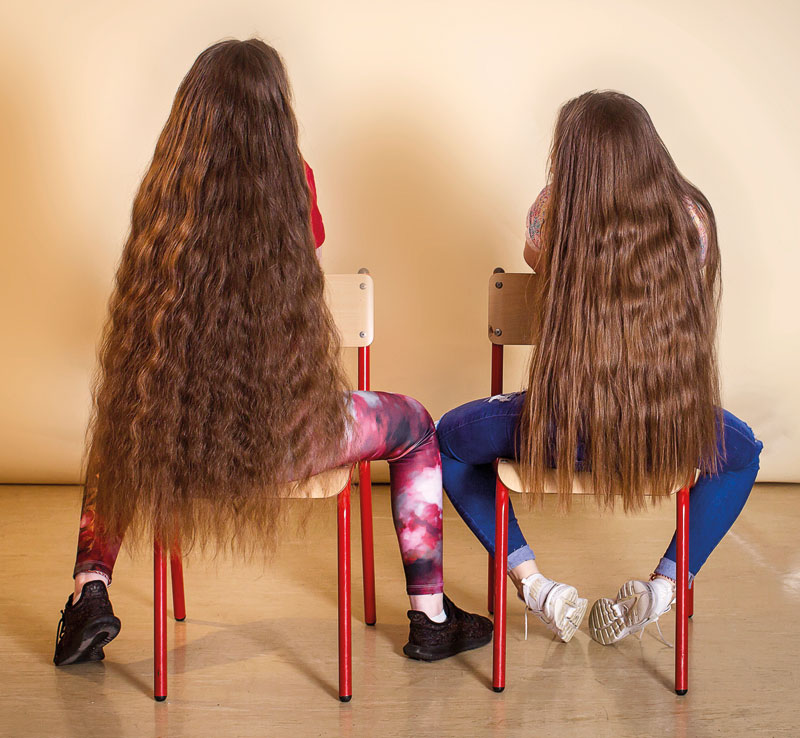 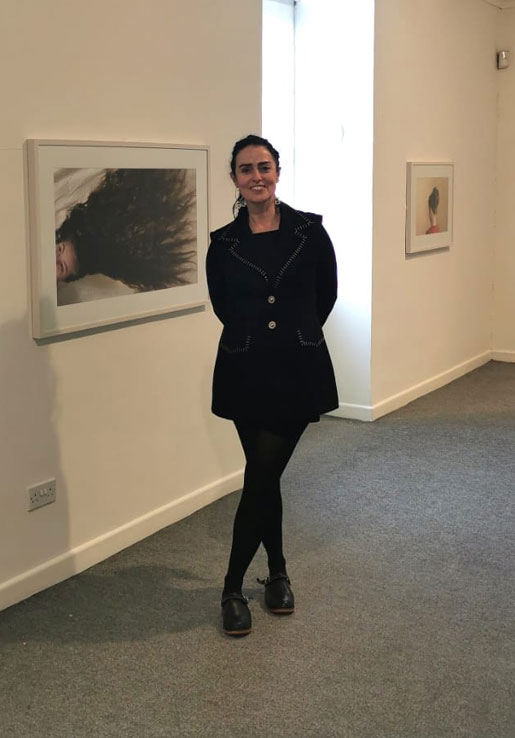 An exhibition featuring the unique customs of Traveller women and girls in relation to their hair was held in Linenhall Arts Centre Gallery, Castlebar, Co Mayo, during the month of October 2020.

The Crown lakeen Exhibition in Castlebar was presented in tandem with its sister exhibition Crown beoir, which took place concurrently at the National Museum of Ireland Country Life, Turlough Parke, Co Mayo.

The exhibitions were a celebration of Traveller/Mincéir girls, their aesthetic expression, and their unique culture. The names Crown lakeen and Crown beoir are drawn from the Traveller language Cant, with lakeen meaning girl, and beoir meaning woman.

The exhibitions were part of a larger project, originated by Artist Breda Mayock, titled Crown – Hair and Identity. The Crown project focuses on Traveller women and girls, and aims to explore their sense of identity and the physical manifestation of this in their hairstyles and rituals.

“Exploring hair with Traveller women is an opportunity to celebrate Travellers and Traveller culture.

“Hair is an intensely private matter but it is also a form of self-expression that is publicly visible. It can convey how we want to be seen, and help determine how we are seen.

“The next step for Crown is to enable the voices of Traveller women and girls to be heard, to understand their need to be heard, to learn about their experiences in their own words, to encounter their art-making and to listen to their dreams for the future.”

The Crown project is funded by Creative Ireland and supported by Mayo Council Arts Service.