086 4046099 info@educationmatters.ie
0 Items
You are here: Home 9 Ireland’s Education Yearbook 2020 9 Research 9 Reflecting on the Past and Next 80 Years of Fundamental Research

Reflecting on the Past and Next 80 Years of Fundamental Research

The case study of DIAS 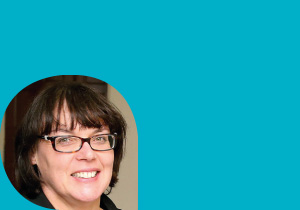 When the Dublin Institute for Advanced Studies (DIAS) was established by the government in 1940, it was aimed at promoting Ireland’s international standing through scholarship and was the world’s second-ever institute for advanced studies. DIAS was closely modelled on the Institute for Advanced Study (IAS) Princeton, a new type of stand-alone institution established in the 1930s to push beyond the limits of human knowledge through fundamental, curiosity-driven research. Ireland’s decision to invest public resources in pure scientific discovery for the first time, in a period of global uncertainty and financial constraint nationally, represents a cultural landmark for the country.

Today, DIAS remains Ireland’s only institute for advanced studies. It is a globally embedded organisation that attracts talent from all over the world to conduct fundamental research in three areas with a humanistic and scientific focus: Celtic Studies, Theoretical Physics, and Cosmic Physics (encompassing Astronomy, Astrophysics, and Geophysics). Our research gains insights into Celtic society and its legacy; progresses our understanding of our island, our planet, and the universe; and deciphers the mathematical principles underpinning nature. DIAS also leads Ireland’s participation in a number of international and global research endeavours that focus on the big unanswered questions for humankind.

The place of DIAS in the Irish ecosystem

DIAS occupies a unique position in Ireland’s higher education and research ecosystem as its only independent institute for advanced studies. It is differentiated from the other institutions by its special mandate to focus on fundamental research. Because of that, DIAS stands out as a place that offers researchers the opportunity to study some of the most difficult open questions of our time. It acts as a national hub for its disciplines and has very strong international connections, while also advancing the establishment of common research infrastructures in Ireland, Europe, and the world.

For eighty years, DIAS has attracted outstanding researchers to Ireland and, while it is not a degree-awarding body, it provides mentoring and training for hosted postgraduate students and early-career researchers at a stage when independent research is important for their intellectual development. It is a clear beacon to the international arena of Ireland’s commitment to fundamental research. DIAS’s presence thus strengthens the national objective for a diverse, but coherent, research-performing landscape.

In 1944, Nobel Prize–winning Erwin Schrödinger, director of theoretical physics at DIAS, published his book What Is Life? and provided the theoretical prediction of how genetic information is stored, encouraging the discovery of the nature of DNA in the 1950s. In a matter of years, Schrödinger demonstrated the value of the DIAS approach to research, an approach that continues today in our mission to engage in unconstrained thought. The following examples illustrate this impact from each of our disciplines:

Irish space research pioneers: Last year, DIAS celebrated fifty years as pioneers in space research. From 1969, when Professor Denis O’Sullivan received some of the first lunar material for analysis after the Apollo 11 mission to the Moon, to 1972, when DIAS had the first Irish experiment in space, on Apollo 16 (studying cosmic rays), followed by seventeen further experiments on subsequent missions, and continuing to the present day with DIAS’s work on scientific and research instruments on the Solar Orbiter and James Webb Space Telescope (JWST), DIAS has been a trailblazer for Ireland’s growing space industry.

“DIAS has been a trailblazer for Ireland’s growing space industry.

Expansion of the Irish continental shelf: In the early 1980s, DIAS Senior Professor Brian Jacob instigated fundamental research that by 1987 would lead to an unequivocal demonstration that the Irish continental shelf extends out through the Porcupine and Rockall Basins, thereby enabling the enlargement of Ireland’s zone of economic interest by a factor of ten. DIAS’s leadership of the iMARL Atlantic ocean-floor listening project and associated research continues this legacy today.

Mathematical and physical eponyms: DIAS’s impact in mathematics and physics is best known through the formulae and equations developed by our professors and recognised by their peers. Erwin Schrödinger’s seminal work is joined, for example, by Synge’s Theorem, the Lanczos Algorithm and Resampling, the O’Raifeartaigh Theorem and Model, and the Nahm Equations and Transform – all known to scholars and academics across physics, computing, and mathematics. Our researchers in the School of Theoretical Physics today have influenced the future of quantum computing through discoveries in the statistical concepts for the description of quantum information.

Irish Script on Screen: Informed by earlier challenges in the study of Irish manuscripts, the DIAS School of Celtic Studies in 1999 initiated the visionary Irish Script on Screen (ISOS) project to digitise and make freely available online Ireland’s manuscript wealth. This has led to the permanent preservation of 425 of the 5,000 known Irish manuscripts so far and has brought many of those manuscripts now residing outside the country home into a single digital library located in Ireland. The ISOS website receives over 4 million hits from thirty countries each year.

Today, DIAS is a galvaniser in initiating and enabling national infrastructures and collaborative research endeavours in Ireland. It is also globally recognised for its expertise in its areas of advanced study and regularly participates in international projects and consortia that draw down funding from some of the most competitive sources, the European Commission’s Horizon 2020 programme, and flagship intergovernmental agencies like the European Space Agency (ESA).

DIAS is a unique institution with a proud history, but it is also firmly focused on continued impact in the future. In November 2018, DIAS launched an ambitious strategy, Globally Embedded, Strength Locally, which will reinforce its status as a powerhouse in scholarship, while signalling Ireland’s commitment to fundamental research internationally. The strategy sets out four strategic goals for attaining our vision:

1. Discovery of new knowledge and understanding through excellence and researcher-led endeavour

DIAS will continue to deliver on its mandate, be a beacon for fundamental research, and thus deliver social, cultural, and economic benefits. Over the next number of years, research and advanced study at DIAS will continue to be driven by the desire to gain understanding for the long-term benefit of humanity, Ireland, and the world. We will strengthen our position by implementing new research themes across our disciplines and identifying a new area requiring an advanced study focus for the benefit of us all.

“DIAS will continue to be a beacon for fundamental research, and thus deliver social, cultural, and economic benefits.

DIAS stands out as an entity which, from its inception, is highly internationalised and globally recognised. We are leveraging our excellence and international connectedness by exploring opportunities to contribute to solving global challenges through research, for example on Earth System Change and the Sustainable Development Goals. We are also building on our current collaborations with international consortia and infrastructures, for example, the High Energy Stereoscopic System (HESS), JWST (successor to Hubble), the ESA, European Southern Observatory (ESO), and the European Plate Observing System (EPOS).

3. Attraction and cultivation of research leaders

An opportunity now exists in the changing international landscape to attract world-leading emerging researchers to Ireland, with the potential to revitalise the Irish higher education and research-performing system. DIAS, with its strong international brand and reputation, will continue to be a magnet for excellent researchers in each of its specialised branches of knowledge through flexible and diverse recruitment at all career levels and by providing visitor and adjunct faculty programmes to researchers in other areas of the national and international systems.

At DIAS, we believe we have a responsibility and duty to our disciplines and by extension to their associated communities. We will expand on our offering of specialist seminars and lectures and introduce regular annual summer schools for the benefit of the national and international communities. We will extend our public outreach activities across our disciplines. Shaping the direction of research in Ireland through statements and proposals will also contribute to strengthening our disciplines nationally.

The increasing relevance of fundamental research

DIAS moves into the next phase of its development at a time of growing geopolitical uncertainty in Europe and worldwide. There is growing concern about the sustainability of our planet and an almost ubiquitous desire to understand our Earth and its natural systems better, now made more urgent by the global pandemic which we face. Similarly, the thirst to better understand the Sun, the stars in distant galaxies, and the fundamental physical and mathematical underpinnings of our universe has never been greater. Furthermore, as identity grows as a theme in national and European discourse, so too does the need to understand our past and ourselves as a people, whether that is on our own island, as part of Europe, or as global citizens.

In this context, DIAS and the fundamental research it performs have never had more relevance. As we look to the next eighty years and the conduct of fundamental research in all disciplines, the resulting knowledge and understanding are clearly both essential and desirable. Ireland must continue to take its place on the world stage and engage in, and fund, fundamental research. To do otherwise would diminish us as citizens of the world and as conscientious occupants of our planet Earth.