We Need to Talk About Research

Is it time to rethink how we fund research in Ireland? 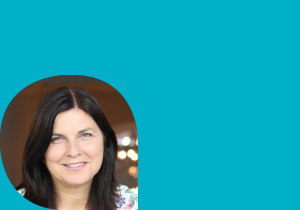 As we emerge from the last financial crisis, we need to think once again about how best to foster research in this country. The best way to do this is to rebalance funding towards individual researchers and back basic or fundamental research.

A frequent question among my peers when I was a PhD student many years ago was; “Are you going to go into academia or industry?” The question assumed this was a binary choice and the two options were mutually exclusive pursuits. The question also revealed the clear need in the 1990s for academia and industry to work more collaboratively together and to understand each other’s language, objectives and approaches for the benefit of both.

Of course, this division has never been clear cut. To bring some of the greatest revolutionary advances of the 19th and 20th Century from an idea to widespread use, academics and business people have often collaborated. Just ask Donegal-born Nobel prize winner Bill Campbell who developed the cure to river blindness together with MSD.

However, there was a policy shift in recent decades to ensure that research and business could work better together. Throughout the mid-2000s Ireland, and many other countries around the globe, directed considerable effort into supports and structures that made the exchange of knowledge and expertise between these two sectors easier.

Enterprise Ireland programmes such as the Commericalisation Fund and Innovation Partnerships aimed to bridge the gap between fundamental / discovery research and industrial investment by supporting researchers to identify and develop the elements of their research that could be taken forward to the market either by the research team itself through a spinout company or by licensing the technology to an already established company. The Technology Transfer Strengthening Initiative developed a professional technology transfer system across Ireland’s public research institutions through the establishment of on-site Technology Transfer Offices (TTOs). Knowledge Transfer Ireland (KTI) was set up to act as the central point of reference for industry-academia partnership and research commercialization, encouraging predictability and transparency across the Irish knowledge transfer system through the provision of tailored guidance.

At the same time, the research base was supported by unprecedented Government investment to build a world-class research capability within our public research system. Already in place were the two forebears of the Irish Research Council: led by our current Taoiseach Michael Martin TD, IRCHSS was established in 1999, with IRCSET following in 2001. The Technology Foresight Fund, administered through the newly formed Science Foundation Ireland, invested the equivalent of €646m under the National Development Plan 2000-2006. Under the subsequent Strategy for Science, Technology & Innovation, Government research and development budgets rose to an all-time high of €930m in 2008. In parallel, the Programme for Research in Third-Level Institutions (PRTLI) channeled significant investment into physical infrastructure, equipment and human resources, totaling €1.2bn over its five cycles from 2000-2015. A transformation was taking place across Ireland’s research system, with strategic investment in research excellence and high-quality facilities positioning Ireland on the global stage.

“By the time the economic crisis had passed, it was clear that higher education research was a key enabler of the Irish economy.

Despite enormous pressures of the Exchequer, when the financial crisis hit the Irish economy, the Government’s investment in research and development remained constant at approximately 1% of all government expenditure. The focus of that investment shifted however to address the immediate economic needs of the country. Even in the funding of discovery research there was an emphasis on a more immediate return on investment – the money simply wasn’t there to plan too far into an uncertain future. Because of the Government’s foresight to invest strongly and broadly in the research base in the preceding years, Ireland was able to harness this progress to emerge strong from the economic downturn.

By the time the economic crisis had passed, it was clear that higher education research was a key enabler of the Irish economy. Over the years metrics were developed to demonstrate its value beyond doubt – being able to quantify patents, licences, spin-out companies, jobs created, collaborative projects with industry, industry investment leveraged, new products and services launched.

As research underpinned the economic recovery, there was an unintended consequence. The great value of research to broader societal needs was no longer discussed or understood. Research that gives rise to a cure for a disease, or a public policy that improves the lives of citizens, or a practice that curtails global warming rarely delivers such transformation within a short-time frame with predefined measurable outputs to track its impact. Such research is more nuanced, interdependent, multifaceted and long-term but it is the basis for disruptive innovation down the line and the life-changing advances witnessed in everyday life, from medical treatments to personal entertainment. Slowly, we forgot about the importance of fundamental research in our eagerness to exploit the immediate opportunities.

The great astronomer Carl Sagan once said; “cutting off fundamental, curiosity-driven research is like eating the seed corn. We may have a little more to eat next winter but what will we plant so we and our children will have enough to get us through the winters to come?”

The creation earlier this year of the new Government Department for Further, Higher Education, Research, Innovation & Science brings together the two critical and interdependent policy areas of higher education and research for the first time. We in Ireland now have an unrivalled opportunity to drive an alignment of policy and the unprecedented opportunity to create the talent pipeline for future jobs and the innovations for tomorrow.

“The creation of the new Department for Further and Higher Education, Research, Innovation and Science brings together the two policy areas of higher education and research for the first time.

The establishment of the new Department is an explicit recognition in itself of the intrinsic value of research at the heart of a successful higher education system, and as a driver of economic and social development.

The first cabinet minister with the word research in their title will be able to continue to support the needs of the business community but also harness the power of research in many other areas including medicine, the environment, transport, telecommunications and policy.

There is every reason to believe that we are now on the cusp of a new beginning for research where we return to a mixture of industry research complimented by fundamental research by individuals and teams tackling some of the biggest challenges of the day.

The choice is not binary. The two are not mutually exclusive. Research requires both to flourish. The new Department is the opportunity to plant Sagan’s seed corn and usher in a new golden age of research in this country.