Lockdown or Locked Out?

What are the early lessons from the Covid-19 education revolution? 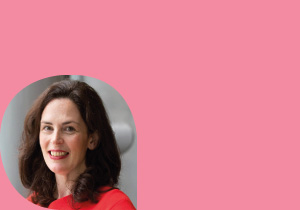 University access programmes demonstrate that the ‘standard’ Leaving Cert system is not fulfilling the dreams of many young people who could, in a more open system, reach their full potential. The pandemic suggests we have reached a tipping point with inequality in our education system. Now we need to think about a senior cycle reform process that will support all our young people to reach their full potential.

We have been cursed with living in interesting times. Many claimed a ‘2020 vision’, but few foresaw the global shutdown prompted by the Covid-19 virus. On one hand, the virus has devastated thousands of lives and livelihoods; on the other, it has been the catalyst for systemic change in our society and economy.

After a few decades of falling in and out of love with blended and online learning, the education world was forced to flip and then deal with the consequences. In the spirit of not ‘letting a good crisis go to waste’, let’s consider the early outcomes of the Covid-19 education revolution.

Leaving Cert exit divided families, communities, friends, and colleagues. Even Fintan O’Toole declared there was ‘no utopian alternative to the Leaving Certificate’. This is despite decades of national outrage at the unfairness, unreasonable pressure, and backwash effect of the State examinations on the second-level system. Is this evidence of a kind of Leaving Cert Stockholm syndrome?

Professor Gerry McNamara of DCU made the case for a senior cycle system with significantly more continuous assessment. He cited evidence from other developed societies that, rather than a high-stakes, terminal exam, use assessment-based learning that ‘is best described as externally monitored, school-based and teacher-led’. Such a system, he explained, does not involve teachers awarding grades as a matter of opinion. Rather, teachers are given latitude to exercise their professional expertise within an evaluation framework.

Most of our education system is already using an assessment-for-learning model, in the Leaving Cert Applied, in further education, and in higher education. Internationally, studies show that countries that use a sharp cut-off, single-modality type of State exam for university admission lose out on many students with potential. With a small, open economy reliant on our young, educated population, we cannot afford to waste potential. It is also a fundamental injustice.

Locked out of learning

Each report provided evidence that lockdown brought the digital divide into stark relief. Areas with poorer broadband and low household incomes were less likely to engage in the shift to online learning. Schools provided devices to students and did their best to foster community. It was a huge challenge to maintain student engagement, and teachers reported feeling overwhelmed with the volume of work. The well-being, motivation, and engagement of State exam students were severely affected.

Teachers were also concerned about students who they knew had no access to a device, study space, or adequate nutrition. Students in DEIS schools, students with special educational needs, and students studying English as a foreign language were more likely to be locked out of learning throughout lockdown.

The studies highlighted a decline in student well-being during school closures, which was exacerbated when there was no one at home who could support their learning. Many students were concerned about how student–teacher relationships might affect the process of calculated grades. Some students suggested that this unprecedented time could be used to move away from the straitjacket of the Leaving Cert exams.

Schools struggled to cover practical elements of the curriculum. End-of-year assessments were completed mostly through final presentations and open-book exams. While there was no perfect solution, schools supported the decision to cancel State exams and create a new calculated grades system. This required Herculean work by the Department of Education and Skills (DES) and educators nationwide.

Schools are open. But we know that education has flipped, if not forever, then at least for the foreseeable future. Students will be dispatched to ‘isolation units’ in their schools and sent home because of Covid-19 cases. Some of their teachers will fall ill. The studies recommend significantly enhanced ICT (information and communications technology), professional development, new management supports, and well-being supports to weather this bleak midwinter.

It is notable that although the Leaving Cert grades are subject to some standardisation every year, there is now much more information openly available about the development and implementation of the calculated grades system than we have had before. This level of transparency is welcome.

In an ideal world, all Leaving Certificate students who had met the subject requirements for the courses to which they had applied would have been guaranteed one of their top three choices, in recognition of the huge challenges they faced. But that is not where we are. These challenges have only been exacerbated by the recently announced errors in the Junior Certificate modelling data, which was part of the standardisation process. This may mean that up to 6,500 students will receive at least one grade increase.

As the DES documentation explains, ‘standardisation’ is a feature of the Leaving Cert system every year – we just don’t usually get to see the inner workings. This year, standardisation placed a high value on estimates from the schools. Anecdotal evidence pointed towards an imbalance, where marks were downgraded in some school ‘types’ but not others. In fact, marks rose across the board. The standardisation was applied to three types of school: DEIS, non-DEIS (including private), and ‘other’ (mainly grind schools).

It is possible, Murphy observed, that ‘the standardisation makes it slightly less unfair to disadvantaged students’. We don’t know this, as we do not have access to the inner workings of the usual model of standardisation and to what degree (if any) historical data on school type and performance are used in that model. In the Leaving Cert as we know it, 20% of the cohort is disappointed each year by not receiving one of their top three choices – roughly the same percentage as in Leaving Cert 2020. It is possible that this system worked to rebalance some of the imbalances we know exist in the Irish education system.

In Trinity College Dublin, twenty years of data show that students who enter via our access programmes from areas with low progression to higher education do just as well as their peers from higher-progression areas, even when they enter on a lower points threshold. This story is echoed across the higher education sector.

We know from the talent we have seen through these access programmes that the ‘standard’ Leaving Cert system is not fulfilling the dreams of many young people who could, in a more open system, reach their full potential. Should we not make proper use of this crisis and admit that we have reached a tipping point with inequality in our education system? Then we might progress with a senior cycle reform that would work to support all our young people to reach their full potential.