Reflections on my Junior Cycle Learning Journey during Lockdown 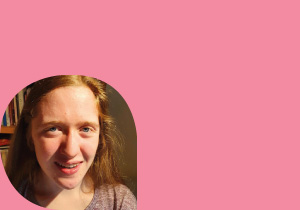 A Transition Year student from Limerick reports on how the pandemic affected her educational experience. Describing the challenges, benefits, and surprises, she counts her blessings and reflects on what could be done differently.

The first time I heard the word ‘coronavirus’, I was sitting in my living room, swaddled in a blanket, watching the news. It was a grey day in late January, and coincidentally, I had been kept home from school with a bad cough and a temperature. The city of Wuhan had already been locked down, but the virus appeared to have been contained within China. The newsreader listed the symptoms in the tone of a man forecasting the apocalypse, but then, he said everything like that.

The general consensus seemed to be that it was a local problem. Less serious than SARS and MERS, which hadn’t been taken terribly seriously in the Western world anyway. No cause for concern. RTÉ News was more interested in the upcoming general election, Greta Thunberg’s battle for climate justice, and Brexit.

The fear of the virus arriving in Ireland seemed distant and fuzzy, something that didn’t really need to be considered. Epidemics had flared around the globe for as long as I could remember, but my life had never been impacted by them. HIV/AIDS, Zika virus, Ebola … none of them had ravaged Ireland during my lifetime. It never occurred to me that the coronavirus Covid-19 could.

Less than two months later, on 12 March, the school day fell apart when our PE teacher announced, during a game of dodgeball, that Irish schools and colleges would close for two weeks. The rest of the day was a flurry of booklets, past papers, worksheets, and alternative pre papers being thrust into our hands by anxious teachers. Edmodo and email groups were hastily created. Classes disintegrated into discussion of Covid-19.

Despite the pandemic, and despite the weight of the books we had to haul home, the day had something of a holiday atmosphere. I think the teachers felt it too. It wasn’t simply every student’s inherent desire to miss as much school as humanly possible – it was relief. School had begun to feel claustrophobic. Hand sanitisers were installed near the lockers, but with 630 girls using them several times a day, they emptied faster than they could be refilled. Teachers urged us to wash our hands and to limit our contact with one another, but we were sitting at adjoining desks, 50 cm apart, for 40-minute slots. We were uncomfortably aware that if one of us caught Covid-19, everybody else would swiftly follow suit.

With confirmed cases and Covid-19 deaths mounting, pharmaceutical companies warning of years of waiting before a vaccine could possibly be found, and steady jobs being obliterated overnight, it felt safer to be at home. I attacked my schoolwork and study. Drawing familiar accounts in my Business copy, and revising poems that I had been reciting for years, all had the comfort of repetition. When I read editorials about how our post-Covid lives would be unrecognisable, and nothing would ever be remotely the same, I could open my Irish book and struggle with the tuiseal ginideach, reminding myself that, for better or worse, some things would probably never change.

The novelty of online learning wore off surprisingly quickly. I was nervous, at first – anybody who knows me will freely admit that I am utterly useless with technology. I forget to charge my phone, to turn on notifications, to answer texts and return calls when I finally discover their existence, or, most often, I simply forget where my phone is. Navigating online learning felt perilous at first, but I was amazed by how quickly it began to feel natural, and overall, I think I improved.

Whatever form the Junior Cert would eventually take, I was determined to be ready for it. Circumstances may have changed, but my ambition hadn’t. I was willing to put in as many hours as I needed to, but I had one concern: at school, I was surrounded by other students, by teachers, by textbooks and copies. Everything was focused towards education. There was nothing to do other than learn. At home, I was surrounded by my own books. The laptop I worked on was stuffed with my favourite songs. On sunny days, the blue sky beckoned, enticing me to stretch out and relax on the soft grass of the garden, or go for a walk by the river and watch the swans take flight. In my resolve to resist temptation, I possibly took things too far in the other direction.

By April, it was clear that we wouldn’t set foot in a classroom again until autumn. Among my friends, the general feeling, again, was one of relief. A constant barrage of news from countries that had fared worse than Ireland – Italian doctors forced to turn away patients at hospital doors; Chinese villages building barricades and roadblocks to warn off visitors; mass graves being dug in the US – had left me reluctant to step outside my own front door, to say nothing of stepping through somebody else’s. My only concern was the Junior Cert.

The announcement that we would sit exams in September instead of June was unwelcome. I had been counting down the days until summer, and now it seemed that June, July, and August would be spent studying for September, after which we would plunge straight back into ordinary schoolwork. It was another relief when our school decided to set us online assignments instead. It was very different to what had always been done, and I’m certainly not claiming that it was perfect, but then, neither is the ordinary Junior Cert. The changes we’ve had to make to our lives due to Covid-19 would have seemed extraordinary to me in January, when I heard the virus’s name for the first time. Those changes are extraordinary. My life is different now – some aspects of it are unrecognisable, but for the most part, it isn’t any worse.

I am incredibly lucky. I could have been born in a bustee of Kolkata, raised in a Syrian refugee camp, or living in Detroit, watching my community being decimated by Covid-19 while my government turned an indifferent eye. Instead, I was born and raised in Ireland, a country whose government prioritised the health of its citizens. I live in Limerick, a city where I have access to all the goods and services I need, in a spacious, well-built house. Everyone in my family had the space they needed to study and work. We had steady internet and enough devices for us all to use it. Nobody in my family fell ill with the virus, and nobody lost their job.

“I have a family that supports me, and teachers who are willing to work all hours of the day (and most of the hours of the night) for the sake of their students.

I didn’t mind online learning. I quite liked it, in fact. Of course there were moments when I loathed lockdown, when I thought that no number of state exams could ever be as soul-crushing as online assignments, when I felt weighted down by worry. Nobody can spend every second counting their blessings, but when my most severe complaint is that I’m having a rough time with the comprehensive education that I receive from an excellent school, all in the comfort of my own home, and absolutely free of charge, then I think I’m probably doing all right. I spend my life moving between a loving home and an exceptional school. I’m one of a lucky minority in the world who can say that.

We haven’t vanquished Covid-19. It could easily surge again, and if it does, then schools will have to close. If they do, I’ll be all right. I have a family who support me, and teachers who are willing to work all hours of the day (and most of the hours of the night) for the sake of their students. They spent months correcting blurry photographs of papers, creating YouTube channels to show us practical demonstrations of what they taught, typing out page after page of revision material, answering the panicked emails we sent them at ungodly hours … I’m not going to suffer from a lack of care.

We haven’t vanquished Covid-19, but for now we have controlled it. We saved our health service from collapse. We rallied, we made sacrifices, we protected each other. We proved that when we value one another, we can accomplish incredible things.

Minister Foley spoke with the best intentions when she maintained that ‘there is no Plan B’ for online learning. But if we truly value education, if we really believe in the potential of our children, then we must create such a plan. Online learning must be inclusive, it must be effective, and it must let every child know that they are valued.