You are here: Ireland’s Yearbook of Education 2019 2020  >  Higher Education  > Equality and Inclusion are Practices, Not End Goals 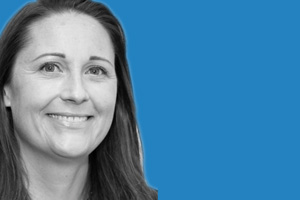 Equality and Inclusion are Practices, Not End Goals

The national approach to gender equality in Irish higher education

This article provides an overview of the approach to achieving the government’s vision for Ireland to be a world-leading country for gender equality in higher education by 2026. It looks at evidence gathered to date, strategies for improvement, and how Ireland compares internationally, among other areas of focus.

Ireland is still at an early stage in developing a comprehensive national approach to equality, diversity, and inclusion (EDI) in higher education. We have had a national Expert Group Report (HEA, 2016) and a Taskforce Action Plan (DES, 2018) on gender equality, establishing annual reporting structures, but we are only just starting to get our heads around how to do the same in other areas of EDI, such as race and ethnicity, disability, gender identity, consent, sexual harassment, and violence against women.

In 2015, when the Higher Education Authority (HEA) Expert Group started its work, gender equality was a difficult subject to talk about. It made many people uncomfortable, and some felt they didn’t have the language to engage meaningfully in the discussion, so they stayed silent rather than risk causing offence. This is where we find ourselves today with other areas of EDI in Ireland.

In relation to race and ethnicity, a national Intersectionality Working Group has been set up by the HEA and Advance HE to look at how gender intersects with other elements of EDI in Irish higher education. A first task will be to identify common terminology; for example, under-represented ethnic groups in Ireland include members of the Travelling, Black, Asian, Minority, and Ethnic communities. Increasing levels of immigration have brought into sharp focus how we react to diversity. As a society we need to reflect on our ability to be inclusive if we want to continue to attract international students and talented staff to live and work here, especially while other countries such as the USA and UK report declining numbers (Redden, 2018).

The Department of Education’s (DES) Framework for Consent in Higher Education Institutions (HEIs) (DES, 2019) resulted from a national stakeholder workshop and consideration of best practice by an expert panel addressing consent, sexual harassment, and violence against women. The Framework helpfully lists key definitions of terms, and highlights the need for a sectoral response to be in place – otherwise, sustainable improvement is unlikely to occur.

Lessons from the national approach to gender equality

There is much we can learn from the approach followed for gender equality in HEIs in Ireland. A lack of comprehensive data nationally meant it wasn’t until the Expert Group published its report in 2016 that there was an evidence base to show clearly that gender inequality was present in our HEIs. Annual reporting by HEIs to the HEA since, on gender equality metrics such as the gender balance1 on governance and management bodies, the academic pipeline, and the professional, management and support staff pipeline, has allowed progress to be monitored. Only marginal improvements (1–2%) have been reported annually in addressing the under-representation of women at senior levels and in the governance and management of institutions. The Gender Equality Taskforce set up in 2017 by the Minister for Higher Education, Mary Mitchell O’Connor, was charged with identifying actions to accelerate progress in the sector.

Confidence in the system

Both the Gender Equality Taskforce and Expert Group focused their recommendations and actions on ‘organisational and cultural change’ rather than the ‘fix the women’ approach taken historically. The myth that women don’t reach the highest points of the academic career ladder because of low ambition, lack of career planning, or low self-esteem (O’Connor, 2014) contradicts research which indicates that women are as ambitious as men but have significantly less confidence in their chance of success in the current environment – not a lack of confidence in their qualifications (McKinsey & Company, 2017).

The reason women are not found in the most senior positions in the same proportion as men is… that women face barriers to progression which are not experienced to the same degree by their male colleagues.

Systematic barriers in HEI organisation and culture mean that talent alone is not always enough to guarantee success (Wenneras and Wold, 1997; Moss-Racusin et al., 2012; HEA, 2016; Holman et al., 2018; Periyakoil et al., 2019). The reason women are not found in the most senior positions in the same proportion as men is not because women are not talented or driven enough to fill these roles; it is because numerous factors in HEIs, conscious and unconscious, cultural and structural (including measures of success being gendered: see van den Brink and Benschop, 2012; Nielsen, 2016; O’Connor and O’Hagan, 2016; White and O’Connor, 2017), mean that women face barriers to progression which are not experienced to the same degree by their male colleagues.

It should therefore come as no surprise that many female PhDs facing this environment begin to wonder if it’s really worth it. This is not a zero-sum game. We need more talent overall, so it is not about pushing men out but keeping women in, particularly in Science, Technology, Engineering and Mathematics (STEM) areas. It is critical that HEIs be transparent and visible in the actions they take to address gender inequality, so that women are encouraged to remain in the system.

Valuable insights can be gained from public surveys on the perception of issues in higher education. Of around 4,800 responses to a national online public survey by the HEA Expert Group, most believed that gender inequality was present in Irish HEIs. More female (68%) than male respondents (38%) reported this. Both male and female respondents mentioned a ‘macho misogynistic culture’, ‘boys’ club’, ‘attitudes of the alpha male’, and ‘residual sexist attitudes … rife throughout the system’. They said this culture was ‘often masked by the success of a small number of very accomplished women’. This culture is also likely to affect staff and students who have the talent and capability to contribute but find themselves in the minority because of their ethnicity, social class, sexual orientation, physical ability, identity, or cultural background.

Culture is led from the top, and the HEA Expert Group included recommendations directed at the presidents, deans, and heads of department which were endorsed and built upon by the Gender Equality Taskforce in 2018. Linking core grant funding of HEIs to their performance in progressing gender equality, as part of the HEA Strategic Dialogue Process, has ensured that this continues to be a key focus for leaders of HEIs, with 10% of their institutional funding at risk if progress is not made. All HEIs in Ireland are required to have an institutional gender action plan with SMART (Specific, Measurable, Achievable, Relevant, Time-bound) targets and goals, and to report their progress annually to the HEA.

The three largest research funding agencies in Ireland, Science Foundation Ireland (SFI), the Irish Research Council (IRC), and the Health Research Board (HRB), have fully embraced the Expert Group recommendations and Gender Equality Taskforce actions. They all now have organisational gender equality policies or plans, publish their data disaggregated by gender (e.g., assessment board members, applicants, and awardees), and require their assessors to complete unconscious-bias training. They require applicants to fully consider whether there may be a sex or gender dimension in their research, which is also a requirement for European Commission research funding. Valuable guidance on how to do this is provided by the Gendered Innovations project.2

The three largest research funding agencies in Ireland, SFI, IRC, and the HRB)… all now have organisational gender equality policies or plans, publish their data disaggregated by gender, and require their assessors to complete unconscious-bias training.

SFI, the IRC, and the HRB have linked eligibility to apply for their research funding to institutional Athena SWAN Charter certification. The Athena SWAN Charter3 was introduced into Ireland in 2015 and subsequently in Australia, USA, and Canada. HEIs and departments are advised to take at least one year to prepare an Athena SWAN application. It requires comprehensive, critical self-assessment, honest, evidence-based reflection on the results, and identification of time-bound actions or targets to address any issues highlighted.

This is different from applying for a research grant, where you sell yourself as the best candidate to receive funding. By gathering institutional or department-level data (both quantitative and qualitative), and by consulting with staff (e.g., through surveys or focus groups) to identify issues and propose a SMART action plan specific to the HEI, a tailored approach to organisational and cultural change can be developed and championed by the institution.

Gender inequality in higher education is an internationally observed issue, and the path to equality is neither linear nor guaranteed. The Helsinki Call to Action from the Finnish presidency of the EU reiterates the importance of using a structural-change approach to address gender inequality in research and innovation. It highlights areas ‘with high social transformational potential, including Artificial Intelligence and digitalization, Open Science and Open Innovation’, where addressing gender inequality is critical.

The European Commission (2019) She Figures for 2018 report that women lead only 22% of Europe’s HEIs and hold only 24% of Professor A posts. Ireland, though identified as the fastest riser from 2005 to 2017 among EU states (now placed 7th, according to the Gender Equality Index, 2019), has never had a female president of a university, and only 26% of our professors in 2018 were female, compared with 52% of lecturers (HEA, 2019), the entry level for academic posts.

Ireland’s Glass Ceiling Index (GCI)4 continues to be higher (at 2.16) than the EU level of 1.64. Despite this, Ireland has set itself ambitious targets to achieve gender balance (minimum 40% of each gender) at Professor A by 2024, and the government has outlined a vision that ‘by 2026 Ireland will be a world-leading country for gender equality in higher education’.

A Centre of Excellence for Gender Equality has been established in the HEA to accelerate progress and share best practice in structural change across the sector. New data analysis by the Gender Equality Taskforce, on the estimated rate of change for the future, suggested that adopting a Flexible Cascade Model5 alone, as recommended by the HEA Expert Group, could take some twenty years to achieve gender balance at professor level.

The Senior Academic Leadership (SAL) Initiative, launched by the HEA and funded by the DES, is a targeted approach to accelerate gender balance at senior levels. Forty-five new and additional senior academic leadership posts will be awarded to HEIs over three years in areas where women are significantly under-represented. The initiative is based on approaches used in the Netherlands and Germany and aims to complement the organisational and cultural change to be actioned through institutional gender action plans.

A collaborative national approach is needed so that everyone can be empowered to engage, embrace diversity, and adopt equal and inclusive practices. It cannot be left to the people experiencing EDI problems – it is everyone’s responsibility. A key catalyst for momentum in addressing gender inequality in Ireland was the engagement of men in advocating for equality. This changed it from a ‘women’s issue’ to a ‘society issue’.

HEIs that allow inequality to exist cannot perform to their full potential. The entire HEI community needs to engage in dialogue about how we can embrace our increasing higher education diversity in a positive manner. Bystander intervention needs to be encouraged so that we are all held to account for encouraging a culture where everyone is treated with dignity and respect.

Recognising one’s biases, unfortunately, does not make them go away (O’Connor, 2018). Rather, we all need to find ways to work around our biases every day to minimise the effects they have on our behaviour, choices, and actions. Equality and inclusion should therefore be considered practices, not end goals, and we have a long road to travel.

Redden, E. (2018) ‘For international students, shifting choices of where to study’, Inside Higher Ed. Available at: www.insidehighered.com/news/2018/08/24/international-enrollments-slowing-or-declining-some-top-destination-countries-look.