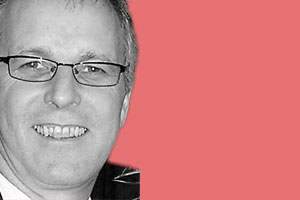 Unpacking Some of the realities and possible solutions

Managing relationships in the workplace is complex and fraught with difficulty. Leaders need to have developed their thinking and operate to a mental model before they step into the turbulent waters of aiming to resolve conflict. This article offers some insights into the complexity of these very real and often draining aspects of the life of a leader.

One of the key challenges in leadership is understanding how to navigate the rugged territory of relationship management. In particular, a leader must know how to address a relationship that has become or is becoming fractured and ultimately toxic, with the potential to spread to other parties. This is a complex field with many dimensions, as it involves the human condition. In this article I will explore some of the realities of managing such relationships and offer possible approaches for you to consider.

First I will look at what is known as third-party involvement. This is when a leader has no direct involvement in an issue but, as is often the case, is dragged into the middle of it by the very nature of their position as leader. This is unenviable territory to have to inhabit, but it is a very real aspect of a leader’s role.

Those directly involved in the dispute will expect the leader to support their stance, validate their position, and adjudge accordingly. This expectation is generally coloured by people’s sense of hurt and their belief that they are totally in the right. It is fuelled by their emotions. If the leader exonerates one party and blames another, the delusion of resolution dissipates almost instantly, and further hurt accumulates. Therefore, the first rule of thumb in this situation is to be neutral.

Neutrality is achieved by fine-tuning your listening skills, developing the capacity of listening for understanding as opposed to listening to react. In practice, this involves having a repertoire of questions that elicit factual information about the issue, as opposed to questions that may lead to a response that describes the impact of the issue on either party.

I suggest that initially you meet each party individually and adhere to neutrality by asking questions such as, ‘Tell me the detail of what was done/said/happened.’ Follow this with probes that quantify the nature of the issue: ‘When did this happen?’ ‘Was it repeated, and if so, how often?’ ‘Who else was present?’ During this line of questioning, the injured party may try to get you ‘onside’. They may describe an event and add their own question, such as ‘How would you feel if such a thing happened to you?’ This is a red-flag moment for your neutrality. Do not allow yourself to be manipulated into taking sides by agreeing that an action was unacceptable. Instead, use a neutral response such as: ‘At this point what I am trying to establish are the facts.’

Embellishment can be a feature of this type of meeting, because people are hurt through the actions of others. Remaining neutral requires that you try to remove the embellishment. You can achieve this by restating what you heard from them. Try using the phrase, ‘Am I correct in saying that…?’ This has a dual purpose, in that the party is hearing what they said to you, combined with an offer from you to them to correct your interpretation of it. This generally translates into the embellishment being stripped away, as they are listening as opposed to speaking.

The second rule of thumb is to orchestrate the resolution, ideally their resolution. Having aggrieved parties present with you in a meeting of this nature requires structure, planning, and careful management. The cornerstone for success here is to establish the operational and behavioural norms that will govern the meeting. These are paramount and require agreement by all parties at the outset. Outline the operational norms first, as they are most likely to be agreed instantly. For example, you can say that you will allocate thirty minutes to this meeting, allow each party to speak for five minutes, and so on. These are non-threatening and allow people to settle.

The behavioural norms are critical and set the tone for the meeting. Norms such as one voice at a time, no interjections, and no raising of voices act as a reminder to people of the self-regulation that they have to apply. They also give you, the neutral party, the opportunity to refer back to them should things get heated.

Your role is to outline where there is agreement and where disagreement remains.

Having established the norms, you can then ask the parties for their input. You are now facilitator of the norms, and you can use signals such as raising your hand to indicate to a party to wait before they comment, without it being interpreted as bias.

Having facilitated an exchange of viewpoints, your role is to outline where there is agreement and where disagreement remains. A visual aid can help: Using a flip chart with a vertical line dividing the page can show that there is agreement, even if it is just that both parties feel hurt. With this visual at the core, you then proceed to elicit suggestions for solutions, asking what actions could restore professional relations.

This part is challenging, and as third party your role is to seek to distil people’s thoughts. This ‘risk assessment’ approach requires you to probe their suggestions, try to establish the potential impact, and describe exactly what their suggestions would involve. You may have to offer several adjournments to people to consider these. They may be unwilling or unable to agree at this point, and you may have to reconvene. Time sometimes lessens the emotional hurt.

One final step – which most people dislike – is to ask the parties if they are willing to reconvene in two weeks, say, to see how things are going. This is referred to as closing the circle. While the prospect of such a meeting may not be appealing, and the desire may be to let sleeping dogs lie, the reality is that most of these meetings are cancelled by the parties because they overcome the emotional spike and move on.

Secondly, and briefly, I would like to share some thoughts on what are termed the ‘resistors’ in the workplace. It’s not necessary to describe the type of person I’m referring to here. What is important for leaders to consider is that resistors may exercise undue influence on others. Change management, difficult at any time, thus becomes even more complicated and challenging. My belief is that there is no peace in avoidance, and those in the position of resistor, whether overtly or covertly, must be managed sensitively.

As a starting point, I advocate self-questioning: How are you internalising the resistor? Consider the following: Most people with a positive attitude have a negative attitude about people with a negative attitude. My point is that you may rush to categorise their actions or responses and thereby have routinised responses to them. Leaders need to consider resistors’ driving forces. It may be hard to accept if you are currently dealing with resistance, but these driving forces may not be as malevolent as you think.

Resistors may be focused on their immediate tasks or strongly committed to ‘doing things right’. Resistors to change are often conscientious people who know from experience that change brings about confusion and sometimes mistakes. They have high standards that tend towards perfectionism, and they wince at the idea that tested systematic procedures will give way to sometimes chaotic experiments. Underneath the anger and stubbornness they may be afraid. Most people who resist change do so because they fear they will lose something they value, such as a sense of competence: knowing what to do and how to do it well; power and influence; or valued relationships and familiarity. This gives rise to the basic fear of the unknown.

By reflecting in this manner you gain a useful skill in leading people and managing relationships: the skill of anticipation. By anticipating the possible perceptions and reactions of those affected by a proposed change, you can proactively plan to communicate ways that these needs will be met in the new situation. A mental model I have often drawn on in dealing with resistors is what I term the 4Ds: always start with a discussion, then develop people’s capacity (CPD), have a design for your change, and be very clear on how you will disseminate it to all who need to know.

I began this article by referring to the human condition, and it is here that I finish. Never cease to be amazed and surprised by people’s actions!