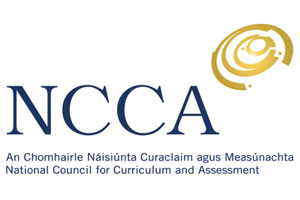 Summary findings from parents on a future curriculum

As part of the NCCA’s review of the primary curriculum, twenty focus group sessions were held in October 2018 with parents of children attending primary school. The sessions were an opportunity to gather parents’ perspectives and suggestions for a redeveloped curriculum. The parents represented different school contexts

The National Council for Curriculum and Assessment (NCCA) is reviewing and redeveloping the curriculum for primary schools. Phase one of the work took place in 2017 with the consultation on Curriculum Structure and Time. It provided the first opportunity to step back and consider how the curriculum is structured and how time is used across it.

Phase two, in progress since the beginning of 2018, focuses on the development of the Draft Primary Curriculum Framework. During this phase, the NCCA is working with teachers, early childhood practitioners, school leaders, parents, and children as part of a Schools Forum established in May 2018. We held twenty focus group sessions with parents from the Forum whose children were attending primary school. The purpose of the sessions was to develop an understanding of what parents would like to see children learning in primary school, how they would like to see children learning, and what skills they would like children to develop which would benefit them now and in the future (see Appendix 1).

The informal sessions lasted approximately one hour, providing opportunities for parents to interact with each other, listen to all views, and give a good airing to the issues. The largest session had fifty-five participants, while the smallest had five. Approximately 400 parents in total attended a parent focus group across a four-week week period (see Appendix 2 for venues). What follows is a snapshot of the main findings, presented under four themes, with a concluding section on other ideas.

What would parents like to see children learning in primary school?

Parents indicated a strong preference for children developing positive dispositions and moral values. There was clear agreement that children need plenty of opportunities to develop a range of positive dispositions which would benefit them both in and out of school. There was also strong feeling that from a young age, children should have the opportunity to learn a language other than English and Irish.

Some parents felt that children should be exposed to the cultural aspects of language learning and have the opportunity to develop foreign language skills. Some attention was given to including ethics as part of children’s learning. Parents spoke of an ethical framework that would not necessarily be part of Religious Education. They debated the importance of citizenship and societal values and how children should experience an inclusive school community. Parents felt that technology is and will continue to be an important part of children’s lives, and many would like to see more focus on computers and basic IT.

Parents voiced their preference for learning experiences that are practical while being fun and enjoyable. Children should be exposed to a range of learning materials and experiences both inside the classroom and outside in the local environment. The overall view was that children benefit from group learning and interacting with their peers. The importance of collaboration and cooperation was referenced. Integration and thematic learning were mentioned in terms of core subjects being integrated more and cross-subject learning.

Some parents felt that thematic learning would allow teachers more freedom and help to reduce curriculum overload. Interestingly, a specific preference was expressed – albeit from a minority of parents – for thematic learning rather than subject-based learning in the junior classes. The theme of playful learning featured prominently, with parents seeing many advantages to it. There was a suggestion that play stops too early in primary school.

What skills would parents like to see children develop?

Parents felt that children should acquire life skills that will enable them to thrive. The overall view was that social and emotional skills, well-being, and preparation for the real world are critical for all children. There were suggestions that the primary curriculum should therefore support the development of children’s self-care, self-esteem, and self-belief. There were many references to the importance of coping skills and to children needing flexibility in attitude. High value was placed on communication skills.

The purpose of the sessions was to develop an understanding of what parents would like to see children learning in primary school.

Parents also suggested the inclusion of skills that they felt would support and enhance learning, the most frequent being critical thinking, creative thinking, problem-solving, and information-management skills. Parents in most groups commented favourably on the value of children learning general IT skills in primary school: children growing up in a digital age need to embrace technology in a safe and productive way. Referring to their children’s experience of CoderDojo, some parents suggested the future inclusion of coding in a redeveloped curriculum.

Are there particular subjects that are important or no longer as important for children in primary school?

The future of English and Mathematics generated considerable discussion, with strong views expressed about the importance of both subjects for children’s education and future prospects in life. Many parents felt that children would benefit from an increased focus on science, technology, engineering, and maths (STEM) education – science, in particular. Some references were made to engineering and opportunities for children to work with Lego.

Parents spoke about the importance of Social, Personal and Health Education (SPHE), with calls for time allocated to it to be increased. There were also calls for more focus on emotions, feelings, and relationships in Relationships and Sexuality Education (RSE). Physical Education (PE) was referenced positively a number of times. When parents raised the importance of visual arts and music, they called for them to be retained and expanded.

Parents spoke about the importance of Social, Personal and Health Education (SPHE), with calls for time allocated to it to be increased.

It was felt that Irish in schools should be part of a national discussion about the role of Irish in society. Its importance in a redeveloped curriculum was questioned by those who considered the language to be in decline, and although many acknowledged the value of second-language learning, they suggested that the time spent learning Irish could be better spent on a modern language. Where Religious Education (RE) arose, parents had a range of views: some expressed support for it; others questioned its place in the curriculum and felt that the focus should be on values and ethics.

Other ideas from the consultation with parents

In responding to the questions, parents took the opportunity to talk about other educational issues.

While key themes emerged, there was also some contradictory messaging. For example, parents called for a focus on soft skills, while expressing a desire for continued focus on literacy and numeracy. Some parents felt that while the current curriculum was too crowded, they did not wish to lose any of the richness from their children’s current learning experience. They wanted more time for children to learn in a multidisciplinary way but also to see more focus on health and well-being and digital literacy. Many parents were unfamiliar with the structure and content of the Primary School Curriculum (1999) and were surprised by the number of subjects and their suggested time allocations.

A significant thread of discussion concerned the role of homework.

The NCCA wishes to thank the parents for their participation, and for sharing their time and perspectives so generously. See www.ncca.ie for the full report on the findings from parents as part of the review of the primary curriculum. The NCCA will publish the Draft Primary Curriculum Framework in late 2019 for an extensive public consultation in the first half of 2020.