You are here: Ireland’s Yearbook of Education 2019 2020  >  Research  > Friendship at the Interface of Research and Policymaking 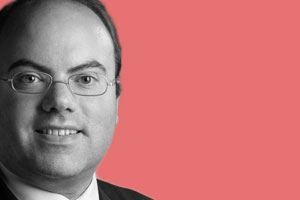 Friendship at the Interface of Research and Policymaking

At the interface of research and policymaking, researchers must maintain their ability to be objective, honest brokers, while policymakers must devise feasible policies based on the evidence and analysis they receive. This article, by examining the avenues of research entering the policymaking conversation, shows how the relationship can be deepened for the benefit of both parties.

How can policymakers and academics be friends? The major challenge for researchers is to maintain their ability to be objective, honest brokers, whereas policymakers need to have feasible policies that can be implemented.

Academic training develops powerful analytical tools that enable a researcher to interrogate questions, break them down, hypothesise and then test them with data. The power of the scientific method is clear to everyone, but it takes a special talent to move its outcomes into practical application. Researchers in certain disciplines are used to this in the context of product development, where research outcomes are made manifest in safe, regulation-compliant, cost-effective products.

Policymaking is more difficult in many ways. While analysis is an essential component, it requires synthesis to achieve outcomes. Policymakers tend to take the principle of the ‘art of the possible’ as their foundation. What can be achieved within the context of law, fiscal resources, personnel, economic pressures, international conditions, and public opinion feeds into the matrix of variables to deliver policies. The volume of information involved is often difficult to absorb, and the challenge is to separate signal from noise while maintaining effective control over all these external and internal factors.

Policymakers are not immune to ideas, as many academics may assume, but few high-minded principles beyond EU-defined fiscal probity survive the minister’s first time to ‘meet the MAC’.1 Few ministers can maintain a strategic vision when faced with the challenges of leading a government department, especially a large ‘spending department’.

Policymakers often make compromises between these factors to achieve timely outcomes. Sometimes this results in dramatic failures of delivery or, at worst, constitutional challenges. The price of failure for the policymaker can be high: typically the loss of a ministerial portfolio, a shift from government to opposition, or ultimately the loss of a seat in parliament. Civil servants have a different experience, but a well-manicured public-sector career includes few policy blunders.

The academic labour market and rewards system is closed, with few avenues to the policymaking community. Its preferences militate against responding to the question of ‘What’s your policy?’. The political system needs an ‘ask’, a ‘policy’, or, put simply, a statement of what should be done and ultimately what can be done to achieve a real outcome. Ministers find the ‘five years and five billion’ response off-putting, since it is beyond their realm of the possible. While long-term programmes are sometimes feasible, most policymakers seek solutions where progress, even if incremental, can be seen and understood by the electorate and the civil and public service.

Essential elements of policy reform and management are lost on many researchers, as their recommendations rarely incorporate the necessary components. Policy change must have a specific purpose, must be systemic such that all levels of the organisation have to engage and understand, must have clearly explainable benefits to allow for involvement, ownership, and empowerment, and must be built upon reciprocity between the principal and the agent.

In the UK, work has begun on ensuring that academics and policymakers can be more effective in their engagement, with mutually beneficial outcomes. It is being undertaken by the Universities Policy Engagement Network, Civil Service Learning, the House of Commons Library, and longstanding research engagement units such as the University of Cambridge Centre for Science and Policy, and the Science Policy Research Unit at the University of Sussex. A slow process, it has taken years of analysis and programme development to achieve the current levels of engagement. Usefully, Ireland, as a second mover in the space, can incorporate these lessons into an impact and engagement system and achieve the quick wins sought by policymakers and higher-education management.

One of the most effective methods used to bridge this divide is the American Association for the Advancement of Science (AAAS)2 Fellowship programme. This allows recent PhD graduates and postdoctoral fellows to work for a year in Congress or an executive branch agency or department. The programme is operated by the AAAS, but the posts are paid for by the host body. Host bodies compete for fellows, as they bring cutting-edge research to Washington and a willingness to learn how to translate that into practical policy decisions. (Even funding agencies like the National Science Foundation compete for these fellows.)

The challenge is to separate signal from noise while maintaining effective control over all these external and internal factors.

Alumni of the programme typically go on to successful careers outside academia; some even return to academic life having learned important lessons. All act as ambassadors for science in society. It is a powerful tool that the scientific community, the political system, and the civil service have all come to value. Such a programme would be useful to develop in Ireland.

In Ireland the political system has been slow to develop more active engagement with research. Longstanding learned bodies had a more elite model of engagement. Some, such as the Social and Statistical Society of Ireland, had origins in addressing the policy challenges of the Great Famine of 1845–1849 but had limited encounters with the political system, though it greatly influenced civil servants, such as Department of Finance secretary general T.K. Whitaker in the 1950s.

Most policymakers seek solutions where progress, even if incremental, can be seen and understood.

A more general move towards evidence-based and evidence-informed policy has taken place since the late 1990s. This reflected a wider movement globally towards what is termed ‘new public sector management’, which places a high preference on the collection and application of performance indicators to the public service. The importance of this in areas such as large capital project appraisal by cost–benefit analysis was hardwired into the decision-making process of government departments as a result of the European Commission. In other spending departments this interest in data and analysis arrived later. In many cases, evidence-based policy had to give way to evidence-informed policy as data, methods, idiosyncratic conditions, and exogenous factors necessitated an iterative and humbler approach to research-engaged policymaking.

The Oireachtas has three main avenues of research entering the policymaking conversation: Committees, information sessions, and the research units of the Oireachtas.

In Ireland, academics and their institutional senior management do not fully appreciate how much impact they already have on policymaking.

At present, the lack of digital object identifiers (DOI) makes it difficult for academics and higher-education institutions to track their impact on the policy process via online metrics (e.g., Altmetric.com). The Oireachtas communications strategy causes some delays, as DOIs are not used and there is a significant delay in the publication of research materials, typically until after the legislation has been debated.

The UK House of Commons Library takes a different approach, with real-time publication of materials; accessible committee microsites presenting submissions, testimony, and supporting materials; and effective use of social media. These empirical tracking techniques are useful but not the entire aspect of impact. Work on the qualitative aspects of academic researcher engagement with policymakers is currently being completed by the Inter-Parliamentary Research and Information Network (IPRIN).

Ultimately, in Ireland, academics and their institutional senior management do not fully appreciate how much impact they already have on policymaking. Policymakers sometimes appreciate the volume of academic work they consume via secondary or tertiary sources, but they rarely understand how much more effective that researcher–policymaker relationship could be if structures and frameworks for engagement were properly designed and resourced.

I asked at the start of this article if the academic and policymaker can be friends. They are already friends but do not know it yet. The next step is to deepen the relationship and find a common language that will allow both to flourish.