You are here: Ireland’s Yearbook of Education 2019 2020  >  Research  > Research, Innovation, and the Technological University 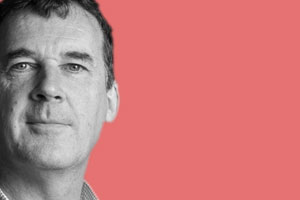 Research, Innovation, and the Technological University

A focus on the Munster regions

We live in a time of unprecedented social change. The fourth industrial revolution promises to redefine how we live and work. Climate change is already evident, and its accelerating impact is likely to be the single biggest driver of human behaviour for the next fifty years or more, necessitating novel adaptation and mitigation strategies that will affect us all. The complexity of what we face will demand ongoing evolution of our education systems.

Against this backdrop of unprecedented and unpredictable change, we are witnessing the establishment of Technological Universities (TUs) in Ireland at just the right time. TUs will significantly increase the national capacity for high-impact research and innovation, facilitated by providing greater flexibility to a massive pool of talented staff. TUs are coming online when Ireland needs to cultivate an increasing number of confident, independent thinkers and to prepare more businesses and communities to develop resilience in the face of inevitable change.

The need has never been so pressing to develop innovation-driven TUs, some of which are naturally embedded in both rural and urban communities, and all of which are naturally inculcated with an ethos of external engagement. The spatially distributed nature of TUs, derived from Institute of Technology (IoT) campuses that currently do not act together in an optimally coordinated way, can play a crucial role in ensuring that sectors of our society are not left behind when technologies like artificial intelligence, and realities like global warming, challenge us like never before.

As required by legislation, at least two IoTs must merge to be eligible to form a single-entity TU. The merging of two or more legally independent IoTs will always entail difficulties, none of which can be treated lightly, and it is inevitable that during any merger these challenges will take up a lot of the discussion time. In the long term, however, TUs will be populated by staff and students who have never known them to be anything else.

A key question for today is whether it makes sense to establish a given TU by merging a particular combination of IoTs. Not all TUs will be identical. Indeed, they shouldn’t be. The imperative for their establishment comes from their enhanced capacity to respond to the unique situations facing them in the primary region they serve. Even a country as small as Ireland will benefit most if there is diversity among TUs rather than uniformity, and certainly not if we simply require them to be ‘different’ from traditional universities.

In the domain of Irish research and innovation, there is less room for meaningful differentiation between TUs or IoTs and universities than in many other European countries – if only because, for some time now, the funding model in Ireland has required all higher education institutions (HEIs) to include industry in almost all applications in almost all disciplines. The opportunity to engage in truly curiosity-driven research is limited at present, so all HEIs have focused significantly on research that is more applied or mission-focused.

This is in contradiction to the oft-quoted simplistic model of TUs which might be summarised as ‘closer to industry’. Within the legislative constraints, TUs can implement strategies that ‘characterise’ rather than ‘differentiate’ them. Defining those characteristics, taking account of each TU’s spatial and socioeconomic realities, presents great opportunities for TUs to excel.

In the case of Munster Technological University (MTU), the merging institutions are Cork Institute of Technology (CIT) and IT Tralee (ITT). The two are physically separated by almost two hours of driving, with one located in a large urban centre and one in a rural neighbourhood. On the face of it, their merging could be seen as a marriage of convenience born of the necessity to meet criteria set down in legislation. Delve deeper and the MTU merging can be seen as an exciting opportunity to take advantage of the nexus between an urban location and a rural one.

We are witnessing the establishment of Technological Universities (TUs) in Ireland at just the right time.

The proposed MTU campuses cross socio-economic boundaries highlighted in major government strategies such as Project Ireland 2040: The National Planning Framework. This document includes two chapters on ‘making stronger urban places’ and ‘planning for diverse rural places’. It recognises that a balanced spatial strategy is better for both the local and national economy, and by extension for Irish society. With its geographically displaced campuses, MTU is naturally constituted to address many of the diverse economic and societal issues of the south and west region in a coherent, systemic approach that is only possible when distributed campuses are part of the one entity.

Realising the research and innovation potential

We can expect that taking full advantage of system coherence in MTU will take time, being also cognisant that time is not a luxury that the education system in Ireland has in any abundance. The world is changing rapidly, and the levels of investment in research and innovation, and education in general, are growing faster elsewhere than here. If MTU is to make the sort of impact that comes from having distributed campuses, then issues such as physical infrastructure, flexible academic contracts, equal treatment of researchers (e.g., in respect of pensions), and an appropriate research funding model will need to be addressed urgently at government level.

To assume that redesignation as a TU will immediately and significantly improve capacity to win competitive funding would be unwise, even foolhardy. If research and innovation are to grow in line with that envisaged in the TU legislation, then internally moderated excellence must be continuously fostered, and external investment will be crucial. MTU may not immediately join the race towards achieving a high global university ranking, but in any case it is debateable whether university rankings should be a priority for Ireland when investment in TUs may show a better return on the State’s investment.

So how can research and innovation in MTU best support the region that we serve in the south and west? Fortunately, as we have been engaged in research and innovation for many years, we have already well-defined thematic research areas, such as ICT, Lifesciences and Wellbeing, and Photonics, among others. We have built lasting relationships with companies and local authorities, implemented a quality-assured postgraduate research programme, and developed a career framework for our researchers, among other achievements.

Our focus on excellence in areas aligned to National Research Priorities, where we have the institutional capacity to be successful and where investing from limited own-funds generates a measurable payback, has helped us to ensure strong outcomes. For example, data from Knowledge Transfer Ireland’s Review and Annual Transfer Knowledge Survey (2018) shows that CIT and IT Tralee researchers are class-leading in terms of return on investment, consistently generating intellectual property and completing contracts with industry at a rate above the national average, often significantly so.

The spatially distributed nature of TUs can play a crucial role in ensuring that sectors of our society are not left behind.

Researchers’ publications in CIT over the past five years have been cited 1.9 times more frequently than the global average, according to the Scopus database, while our success rate in Horizon 2020 is currently the third-highest in the country and higher than any of the traditional universities, according to EU Commission statistics. These independent yardsticks of performance give us confidence in our future growth, based as it is on a strength-and-need analysis.

Perceived opportunities for one community may be a threat for another. In MTU, we recognise that solutions which work in an urban setting may not be what’s required in a rural one, and vice versa. Almost 40% of people in Ireland live in rural communities (a similar figure applies across Europe). Planning for future MTU research and innovation necessarily involves taking advantage of having campuses embedded in rural and urban environments. New ideas can be developed ‘in the lab’ and then trialled in rural or urban communities, as appropriate, and extended across Ireland and beyond.

The spatial separation of Cork and Tralee naturally empowers us to be advocates for balanced policy development. Despite the challenges that such spatial separation brings on many fronts, MTU researchers will find themselves in the heart of small and large communities, with the opportunity to learn from end-user feedback and to hone solutions by employing an iterative real-world approach.

Not all TUs will be identical. Indeed, they shouldn’t be.

Given the uncertainties arising from the coming age of globally disruptive change, MTU research must occupy the full continuum from fundamental (curiosity-driven) research, to applied research (at the cutting edge of complexity in many instances), to commercialisation, including incubation. The effort expended will not be evenly distributed in each category, and MTU research must be structurally agile to continue to have impact.

Nowhere will this be more important than in developing the next generation of talented individuals capable of thought leadership in business and community affairs. The TU legislation target to have 7% of the research student population engaged in research at master’s or PhD within ten years of designation poses the most substantial challenge from a funding perspective, but it also underlines how legislators appreciate the critical role that leadership talent development will play in all our futures. That’s a challenge we look forward to excelling at.