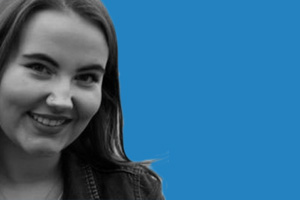 Our Future Is at Stake

Why the climate strikes matter

With little over a decade in which to act, we cannot afford to continue with business as usual when it comes to climate breakdown. This article spells out the need for urgent, large-scale action and how the climate strikes give students a voice on their own future.

This year, students have assumed the role of the educator, in place of the educated, leading the way in climate strikes all over the country.

Starting with a handful of students striking alone each Friday, and growing to tens of thousands at the international student strike for climate on 20 September 2019, the current climate crisis is an issue that students have been forced to take a stand for, to fight for their own future and the planet that we share. Student voice in Ireland and around the world has never been stronger or more powerful. Strike after strike, the remarkable work that young people are doing to save their futures is becoming more and more evident and respected.

With the UN Intergovernmental Panel on Climate Change (IPCC) stating in 2018 that we have only twelve years to act to prevent a catastrophic climate breakdown, and no signs of serious action from our government, students have come together on an incredibly impressive global scale to mobilise and take to the streets.

The climate strikes have been a global phenomenon, with students striking in Ireland and around the world. Policy-makers have engaged with the student strikers: Greta Thunberg spoke at the United Nations General Assembly, strikers from across Europe were invited to the European Parliament climate debate, and politicians have met with strikers at local level. But we must question the extent of this engagement and the manner in which it comes about.

Here, at the Irish Second-Level Students’ Union, we have seen exponential growth in our membership and our engagement in the past year. Students are realising the strength behind their voice, and understanding the importance of the role that students play in our society. We are eager to reach out to national decision-makers to make effective change that will affect our futures directly.

The climate movement this year has been a fantastic display of what students can achieve when they come together under a common goal. With the strikes growing to thousands of people and having a national and international impact, the voices of students have been amplified – without waiting for the microphone to be passed in our direction. Yet although there is a growing movement globally to make environmentally friendly changes, from paper straws to more vegetarian dietary options, the real progress must be made in government chambers and legislative action.

A tokenistic photo opportunity is not what students deserve, and it is not what they are sacrificing their education for. We deserve real, solid engagement followed by real, solid actions. Declaring a climate emergency, then granting an oil-drilling licence three weeks later, pulls back the veil on empty promises and the total lack of understanding of the climate emergency.

With Saoi O’Connor, sustainability officer of the ISSU, striking outside Cork City Hall every Friday for the past thirty-six weeks, students are not merely taking to the streets for a day off school. This narrative of lazy students and ‘infuriating’ climate action could not be further from the truth.

We are doing it because we are genuinely terrified for our future and our planet.

If anything, the most infuriating aspect is the lack of serious action that has resulted from the mobilisations. Students are not doing this to be put on a pedestal and called ‘inspiring’. We are doing it because we are genuinely terrified for our future and our planet.

Iceland has held a funeral for the first glacier lost to climate change, with Switzerland close to follow. The Amazon forest is burning. Thousands of animal species have already become extinct.

Temperatures are rising worldwide, due to greenhouse gases trapping more heat in the atmosphere. Droughts are becoming longer and more extreme around the world. Tropical storms are becoming more severe due to warmer ocean temperatures. Sea ice in the Arctic Ocean is melting at a rapid rate. Sea levels are rising, putting coastal communities and ecosystems at massive risk.

Those who have done least to cause the climate disaster are paying the highest price. The global south is experiencing increasingly severe droughts in Africa, and extreme flooding and scorching temperatures in Asia. Cyclones Idai and Kenneth tore through Mozambique, Zimbabwe, and Malawi, causing displacement and devastation.

2018 was not the beginning of the student climate movement – students and young people have been shouting at the top of their lungs for years on this issue. In 1992, twelve-year-old Severn Cullis-Suzuki addressed the Earth Summit in Rio de Janeiro, almost thirty years before Greta Thunberg sparked the movement of climate strikers. Severn spoke of her fears of a world completely polluted, with no fish left in the sea, and no clean air left to breathe.

We are sick of government inaction on this topic, and of the mentality that climate change can be solved with small individual actions.

But no real action was taken. The world listened, for five minutes, before moving on to one of the worst decades of environmental degradation and destruction in history.

The same cannot happen this time around. We are sick of government inaction on this topic, and of the mentality that climate change can be solved with small individual actions. Banning plastic straws and encouraging people to purchase KeepCups instead of using a disposable cup every time you fancy a latte is not going to solve this crisis. Individual actions like recycling and taking shorter showers are not revolutionary measures; they’ve been short answers to Geography exam questions, and mantras from environmentally conscious parents, for years.

While all of these actions and habits will help and collectively make a difference, global leaders need to wake up and realise that the keys to an attempted solution lie in their hands. We need radical action and sustainable solutions. We need a government that will value our future over short-term profit.

Most relevantly, we need teachers and parents who will value the effort and power that students are putting into these strikes and their fight for climate justice. Let children strike. Encourage them to use their voice. Empower them to feel like they can make a difference.

The climate strikes are not something that will phase out or that students will lose interest in. We will only become louder and stronger as time goes on, until serious action is taken.