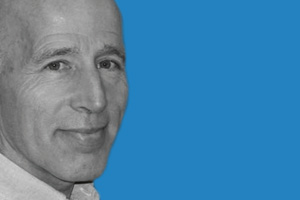 Two events this year saw educators and policymakers meet at the Burren College of Art to address critical issues in Ireland’s education system. The Gamechanger Dialogue focused on educational disadvantage, while Towards a More Creative Education System was a series of symposia designed to nudge the education system in a more creative direction.

Social Innovation Fund Ireland (SIFI) was established by the Irish government in 2015 with the express intention of funding tailored, innovative programmes emerging in the non-profit sector. The SIFI Education Fund has been in operation since 2016 and has funded several pioneering projects in the sector, focusing on educational inequality and disadvantage in Irish society.

In May 2019 around seventy education innovators, stakeholders, and policymakers gathered for the Gamechanger Dialogue, hosted by SIFI at the Burren College of Art (BCA) in Ballyvaughan, County Clare, to address critical issues in the existing education system. Its aim was to build enduring strategic relationships centred on precise actions, and to share solutions to tackle systemic blockages and urgent problems facing Ireland’s education system.

Recognising the need for collaborative efforts to tackle educational disadvantage, SIFI worked with partners to further dialogue and focus action. The result was the Gamechanger Dialogue, conceived and created in the SIFI Education Fund, in partnership with the Teaching Council of Ireland, the National Association for Principals and Deputy Principals, and Trinity College Dublin. These symposia were hosted by the Centre for Universal Creativity at the BCA in September 2018 and 2019 under the banner ‘Towards a More Creative Education System’ (see below).

Participants from State institutions included representatives from the Department of Education and Skills, the Department of Children and Youth Affairs, Tusla, the National Council for Curriculum and Assessment, Education and Training Boards Ireland, and the National Council for Special Education. A wide range of key stakeholders also participated, including from universities, trade unions, and education, children, parent, and youth bodies.

Throughout the three-day programme, participants were facilitated in creating a safe, respectful, and creative dialogue to explore issues of social exclusion in Ireland’s education system. Each day of the Gamechanger Dialogue was scheduled so that delegates had opportunities to listen, learn, and participate in plenary group sessions and three cluster group discussions. Delegates spent most of their time together working in three thematic cluster groups, which engaged in targeted areas of work to foster a more inclusive education system:

Cluster 1: Pathways and Inclusion: establishing and supporting viable pathways to and through basic, further, and higher education for people from marginalised communities.

Cluster 3: Alternative Education: giving appropriate priority to young people not in mainstream schools, building on models that work, and exploring the potential for funding to follow the young person.

Participants were facilitated in creating a safe, respectful, and creative dialogue to explore issues of social exclusion.

Throughout the three days, participants worked creatively in these groups to deeply consider issues that are ‘stuck’ in our education system. Several cross-cutting themes emerged:

Towards a More Creative Education System

The Gamechanger Dialogue complemented the symposia hosted by the Burren College of Art in September 2018 and 2019 under the banner ‘Towards a More Creative Education System’. The ambition of these creatively facilitated gatherings over three days was to nudge the education system in the direction of greater creativity which the twenty-first century VUCA context (Volatility, Uncertainty, Complexity and Ambiguity) demands. This ambition echoes the OECD’s current focus on greater student agency.

A notable feature of these events was the processes employed. A scoping exercise with over fifty interviews was conducted in advance, revealing a latent desire for a system-wide conversation hosted in a manner that ensured safety. There were no formal speakers – the process relied on the creative engagement of the participants themselves. In this it modelled the change being sought in the wider system. Participation reflected a cross section of the education system, from policymakers to students, the latter having a particularly powerful impact overall.

Issues of care and health, particularly mental health, were repeated throughout the conference.

The process was remarkably effective in catalysing initiatives, with leaders stepping forward to take responsibility for projects with the support of other participants (their ‘tribes’). Among the notable initiatives were:

An important takeaway from these symposia is the potential of creative process combined with skilful facilitation and an environment such as the Burren College of Art to catalyse transformative initiatives in education at a time when conditions are ripe for change. A second lesson is the potential for a bottom-up process, as exemplified by BEACONS, to inform and complement a national-level dialogue such as a Citizens’ Assembly for Education.